Sportive Breaks’ own John Deering spend the 2018 classics season embedded with Peter Sagan and Team Bora Hansgrohe. Here is part two of his Spring Classics preview featuring the biggest sportive of the classics season, the Tour of Flanders

Welcome to the 2019 Tour of Flanders! 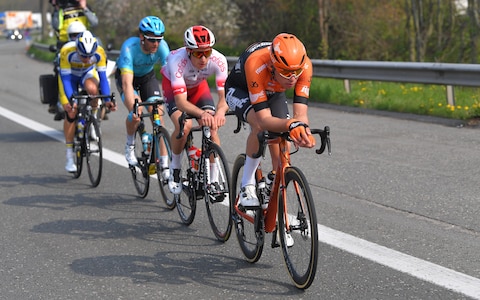 If this is the first weekend in April, then we must be in Flanders. The Tour of Flanders, De Ronde van Vlaanderen, or just De Ronde. “Christmas Day in Belgium,” Fabian Cancellara called it. He was close, but if you’re English the closest comparison you’ll find is the FA Cup Final day, and not today’s multi-national skills display for Coca-Cola or William Hill’s millions, but when the country stopped and teams like West Ham or Leeds or Everton would blood-and-thunder their way to glory in front of an entire nation. Imagine that on bikes. Going past your house. That’s what today means to these people, a national event for a nation that’s not a nation.

This is the event that set the bar. The original sportive weekend: come out, ride the course, experience what it’s like to actually ride a Monument, drink beer that night and watch the pros the following day. It seems like an obvious idea – everybody does it, right? – but this was a unique experience when the Sportive Breaks crew began coming here. We think our first was 2003, and we’d been meaning to come for years before that.

Through much of its life

this is the 103rd Flanders, making it the youngest of the five true Monuments – De Ronde started and finished in small forgettable Flemish towns. In some ways, that was part of its allure, a cycling mad country’s biggest annual day in cycling was lost in the back streets of, say, Sawbridgeworth and Dronfield. Some traditionalists were shocked when the start was moved to, first, Bruges, and recently Antwerp. But it was the platform it needed and deserved, matched by the finishing line being established at the race’s spiritual home, Oudenaarde.

The easiest logistical way to complete the sportive is to start and finish in Oudenaarde, where parking and organization for an event that can attract 20,000 competitors from all around the globe are exemplary. The route changes had eroded the race though. Our early visits saw us cover 180kms on the “short” route and could feature up to 17 of the fearsome bergs littering the way. By about 2015, that was down to 120km with many obstacles diminished or removed.

The reintroduction of a 174km out-and-back loop including every major point of interest is a huge improvement. If you’ve ridden this event before, make sure you’re prepared for that length if you’ve chosen it this time.

There has always been a full-race route event that presents significant difficulties due to the distance between start and finish, but Sportive Breaks will take the sting out of that for you. The first 100kms or so of the 229 are very dull… treat them as a warm-up for the firework explosion that is the second half of this route.

Neat but old cobbles on tiny lanes are de rigeur here. South of the Schelde, there is a very low range of hills that can’t fail to appear innocuous. The Yorkshire Wolds and Surrey Hills are definitively more challenging… but those cobbles and gradients have decided every rider’s fate who has ever come here in search of glory, solace or just adventure.

Still the best weekend of the year.

Come and experience the unique atmosphere for yourself. Sportive Breaks offers a range of bike-friendly hotels, guaranteed race entry, warm-up rides and a race watching package. Book here for 2020 – TOUR OF FLANDERS 2020